Denervation is a dental procedure performed in the doctor's office in order to maintain a tooth in the patient's dental block and to prevent its loss by extraction. It can have therapeutic effects, in cases where a tooth injury has occurred and has led to pulpitis (inflammation) or to the exposure of the pulp and its further infection or it is imposed due to the high degree of grinding of the tooth, in order (the specific tooth) to be part of a prosthetic restoration.

Also, endodontic treatment is the solution of choice in cases of widespread destruction of the tooth mill by extensive caries which has reached the pulp. The treatment is performed either in one session (appointment), when the pulp is not infected, or in successive ones, until asepsis is achieved.

It consists in removing the pulp (exfoliation) and replacing it with a suitable occluding material. In cases of teeth of small children where the infection is limited only to the pulp (ie the visible part), pulp resection can be applied, ie a more conservative treatment that allows the preservation of the root pulp and requires relative monitoring.

The stages of the treatment

In the first stage, after the clinical examination and the determination of the need for endodontic treatment, is the isolation of the diseased tooth (usually with the help of a rubber isolator) and the opening of the molars (if it is intact).

The following is the location of the orifices of the root canals (in case the tooth has more than one) or the one and only orifice. Detection is sometimes difficult and is facilitated by the use of special solutions. Also, their length is calculated by taking a (initial) x-ray.

The nerve is then removed using special microtools and then the root canals are prepared by inserting microtools (expanders or noses) and gradually enlarging their wall to the appropriate size.

In parallel with this mechanical treatment, chemical preparation ("washing" of the root canals) is applied by alternately injecting hydrogen peroxide solutions and sodium hypochlorite. After the completion of the chemical engineering treatment, a little cotton with eugenol is placed on the tooth and it is temporarily sealed with a suitable occlusive material.

The changes of the antiseptics (usually p-paramonochlorophenol or formocresol) that are applied afterwards, are made every week, until complete microbial elimination from the inside of the root canals is established. Then, the hermetic resection of the root canals is performed using gutta-percha cones. The occlusion of the mill chamber is completed by the application of oxyphosphate cement.

After a period of about 10 days (during which there should be no symptoms of pain or other discomfort, such as swelling) the final filling (filling) of the tooth is performed using amalgam or synthetic resins. In cases of major damage to the mill, intra-root shafts or pins can be applied.

Two of the most common complications that can occur during endodontic treatment are peririzitis (when the treatment fluid comes out of the tip or the tip is injured by micro-tools coming out during the root canal machining) and perforation of the perforation wall. such as subpolar or root, from the use of the dental wheel or small tools.

They are divided into positive and negative. The first category includes the benefit for the overall orthodontic function of the patient from the stay of the natural tooth in the block. The second category includes the possibility of breaking the tooth after a (significant) period of time, due to the fact that the tooth, losing its pulp, becomes brittle. To avoid this condition, it is recommended that the endodontically treated tooth be precautionarily covered with a crown ("sheath"), especially in male patients, in whom the masticatory forces that develop are stronger than in women. Another reason for the proposed coverage of the -endodontically treated- tooth is the aesthetics, as the tooth acquires (after the endodontic treatment) a slight, even intense, discoloration.

Failure of the treatment

The result is judged either immediately, with the receipt of the final x-ray, or remotely, with the absence or not of symptoms. In case the treatment has failed, the treating dentist recommends its recurrence, or in very persistent infections of the bone that do not subside, surgery (acrosectomy), usually performed by an orthodontist) and reverse occlusion. 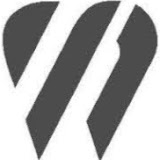